This section has been recently updated for ChipWhisperer 5. The previous version can be found here: https://wiki.newae.com/V4:CW1173_ChipWhisperer-Lite/Upgrading_SAM3U_Firmware

When talking about the ChipWhisperer's firmware, there is really two parts to this:

The firmware version is printed at start-up. You will see a line that looks like this indicating the version of the SAM3U Firmware:

Note the main version is 0.11 in this example. The "b0" indicates a "build" number. Typically this will be "build 0", but special versions will use a different build number to indicate a variant of a regular version.

See https://chipwhisperer.readthedocs.io/en/latest/api.html#firmware-update for instructions on how to update the SAM3U firmware. 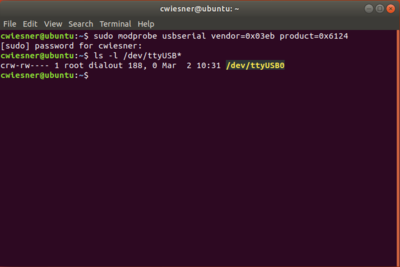 If the above instructions fail, there is no big problem. The SAM3U chip contains a hardware-resident bootloader. You may need to follow instructions on the Manual SAM3U Firmware Update page (including using BOSSA) if you are unable to use the automatic system that is part of ChipWhisperer-Capture.