Setting up Software for B1 ARM

To do so, simply scroll down and select the "setup_cwlite_stm32f_aes.py" file:

You'll notice the contents of the script contain the following setup:This configuration block does the following (for lines 1 through 12):

Line 2: Sets the number of samples to record as 5000 samples long (this is normally used for the AES algorithm).

Line 3: Sets an offset of 0 samples from the trigger to when we start recording samples.

Line 8: Configures GPIO1 as the RX (Input). This is what the ARM target expects.

Line 9: Configures GPIO2 as the TX (Output). This is what the ARM target expects.

Line 12: Sets the serial communication speed with the target at 38400 baud.

You can now program the ARM device! To do so, open the STM32F Programmer from the Tools menu: 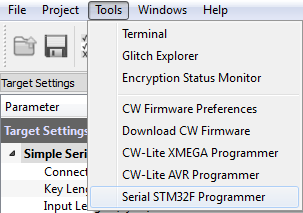 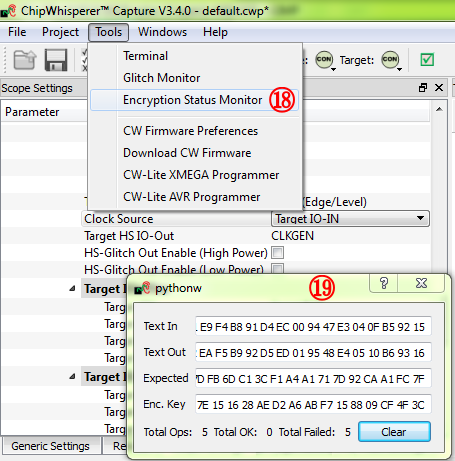