The SST26VF016B flash chip on the target board can be programmed by an SPI programmer attached to the SPI pins of the CW308. To program the chip, the nRST chip must be pulled to ground by holding the nRST button down or by connecting a jumper to J8 on the CW308. Additionally, the PDIC pin must be driven high during the programming process to enable communication through a buffer chip.

You can see an example program that works with the CW308T-CEC1702 device at [1](https://github.com/newaetech/chipwhisperer-target-cec1702). NOTE: This firmware requires that integers are 32bits. Before building this project, go to Project>Edit Project and change Data Type Size to "other (int 4 byte)" 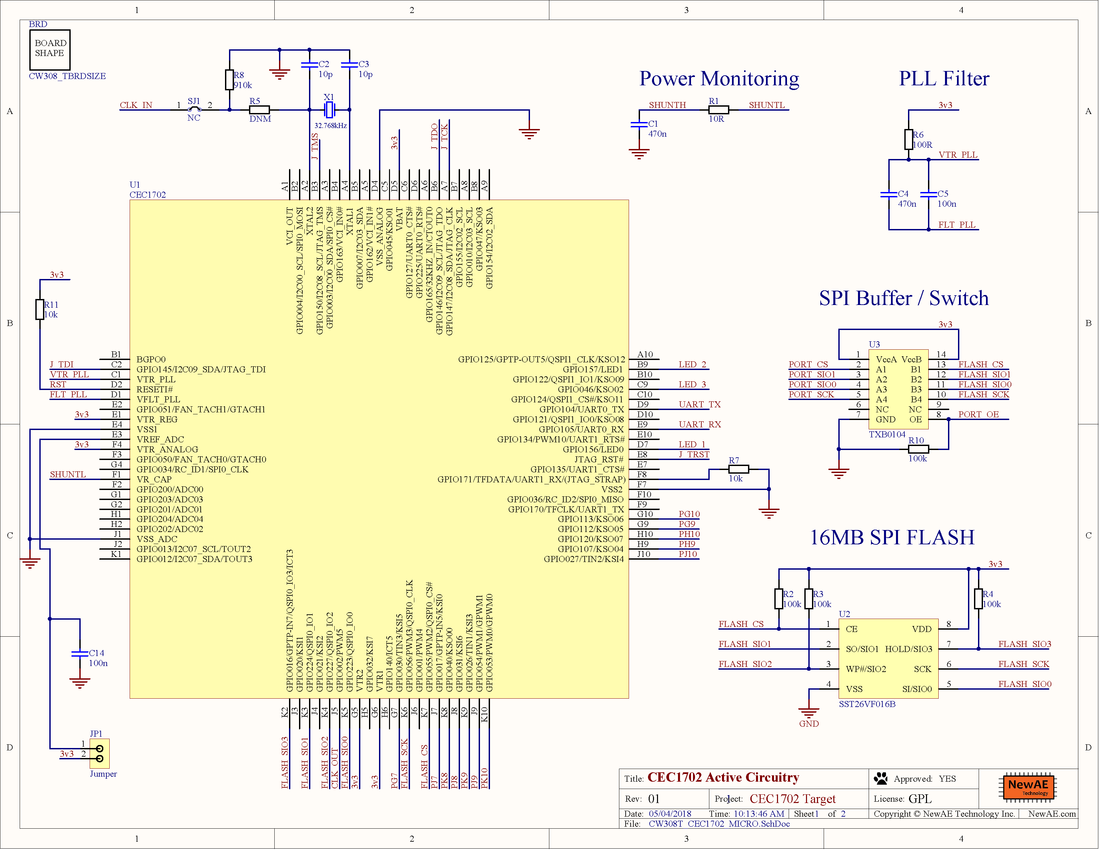 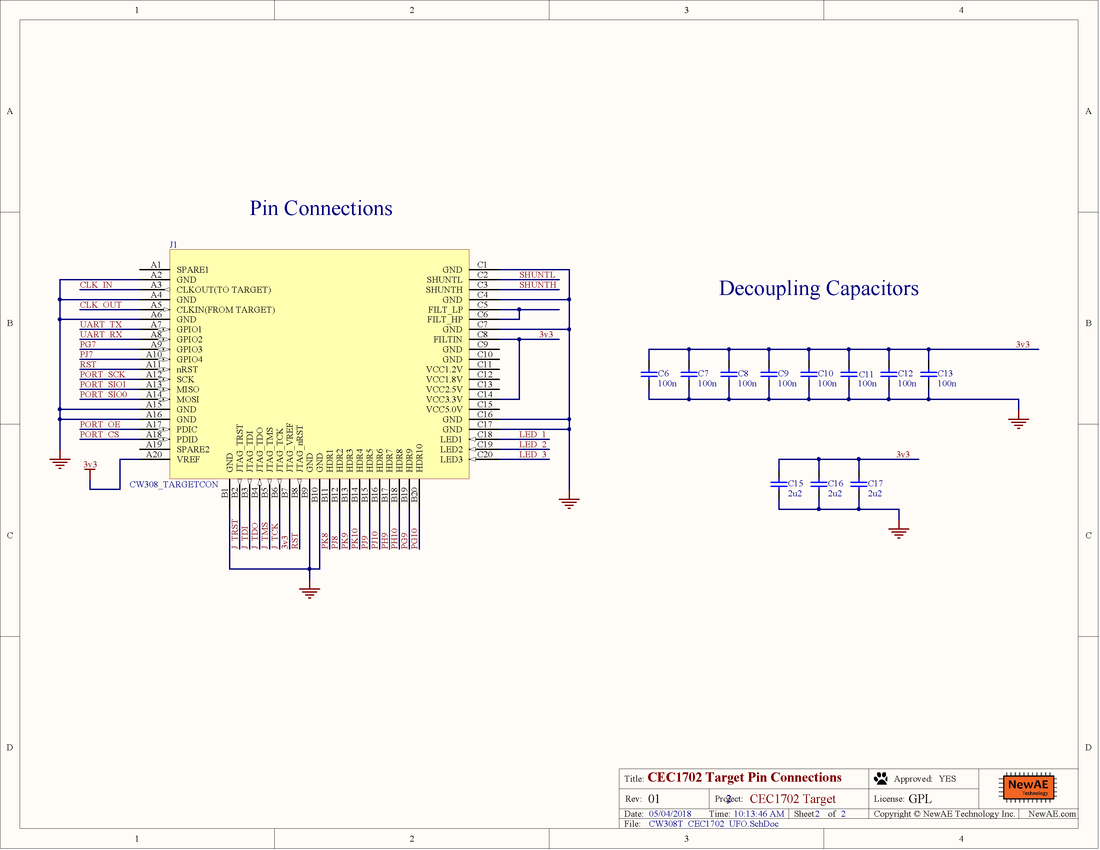