Difference between revisions of "CW308T-MEGARF"

This is a BETA target and not yet available. This wiki page will continue to be updated until release.

This target is for the ATMega2564RFR2. This makes a great target for exploring IoT technologies, such as mesh networking protocols.

In our experimentation the internal DVDD regulator worked fairly well, and did not add significant noise to any measurements.

There is a SPI flash chip connected to the ATmegaRF2564RFR2. During development you may require an external programmer to load this flash chip, and the MegaRF must be disconnected to do this safely. If you do not disconnect the MegaRF SPI lines & try holding the MegaRF in reset to tri-state the SPI lines, you may end up accidentally loading an ISP programming command.

GPIO3 is normally used to switche the 4066 electronic switch from connecting the external SPI connections between the SPI-Flash memory chip and the MegaRF device. You must set GPIO3 high to allow programming of the MegaRF chip, otherwise it is pulled low which disconnects the MegaRF.

The ChipWhisperer's AVR programmer supports this target directly. No external programmer is required. 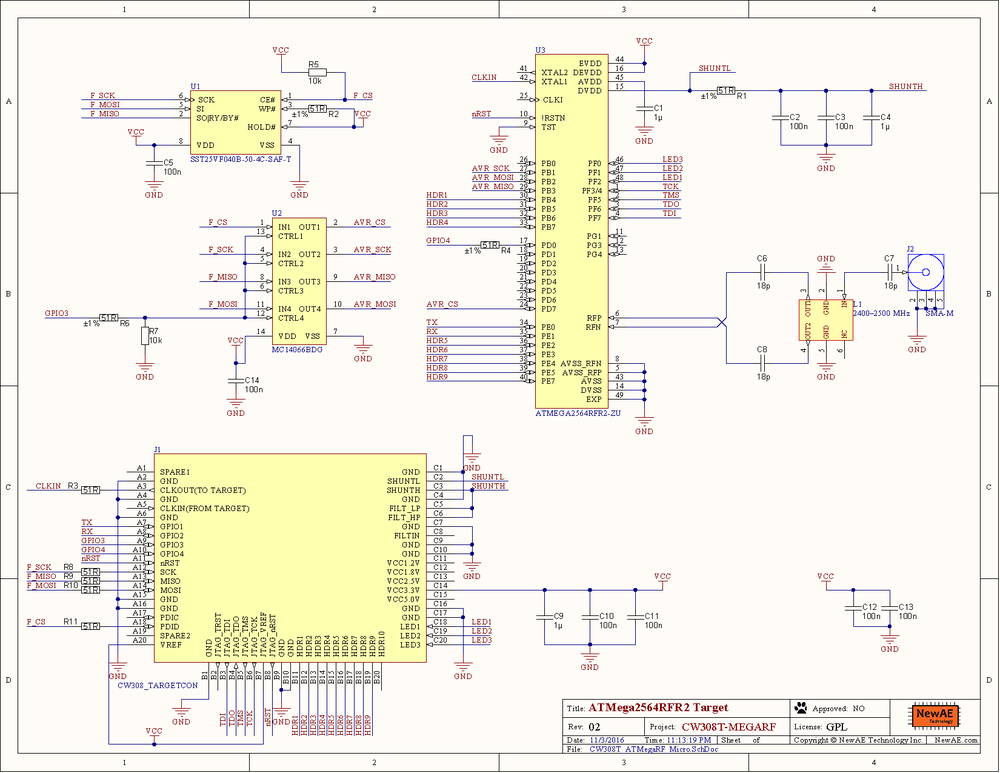 Note NO ANTENNA is provided as the board is sold only as a sub-assembly and not designed to be used as a radio transmitter. Mounting a 2.4 GHz radio antenna (SMA, NOT reverse-polarity SMA) like Digi-Key P/N 1475-1014-ND could potentially require you to meet FCC/CE guidelines for RF emissions and is UNSUPPORTED USAGE.

Balun pinout is incorrect and will not work.

The following is the original (-01) schematic. The -01 PCBs were never publicly released and used during development only. The following changes were made in -02: 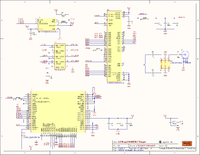